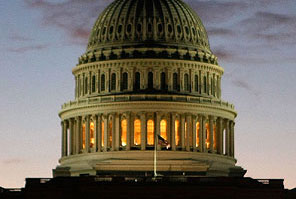 Seattle Times special report | A Times investigation of the 2008 defense bill has found 155 hidden earmarks worth $3.5 billion. House members broke the new rules 110 times by not disclosing who was getting the favors. (Sun, 10/12) 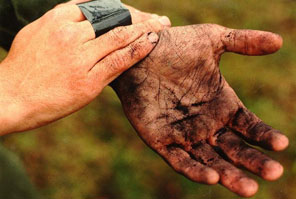 Election 2008 | Where the candidates stand on earmarks

Earmarks: Who gives and who gets

Members of Congress give billions of dollars to contractors through earmarks tacked on to spending bills. The Seattle Times investigated the little-known process and examined the relationships between those who benefit from earmarks and those who make campaign donations to lawmakers.

$4.5 million for a boat that nobody wanted

"The Favor Factory" in the news

A demonstration of dangerous T-shirts

The whole ethics bill was a sham...It was written to create loopholes, to get around any transparency and our ability to cut out those earmarks.

We need another wave of reform.

A database of lawmakers, earmarks, and campaign giving.

How to use this database